Lake Nipigon has approximately 652 miles of shoreline weaving in and out of weedy bays and around rocky points. This figure does not account for shoreline around the many islands on the lake. There are also countless shoals, deep reefs and mouths of feeder-streams and rivers. Counting islands the shoreline exceeds 1300 miles.

Lake Nipigon is well known for having Monster Northern Pike. The lake is so big that you can find bays and points leading into bays that have not been fished by anyone that year. Because of the barbless hook law, which is unique to Lake Nipigon in Ontario, all the trophy Pike get released and survive. This is why countless Trophy Pike in the 20 to 25 pound range get caught and released each year. Not only are there an incredible amount of big trophies, there is a high population of pike of every size range. Our guests have caught Northern Pike up to 48 inches and some have claimed to have had bigger Pike on that broke the line. We have had guests that say they lost count of the Pike they hooked into. That is another advantage to barbless hooks. You can shake the little ones off at the boat without spending time unhooking them, which translates into more time working those weedlines and rocky points. 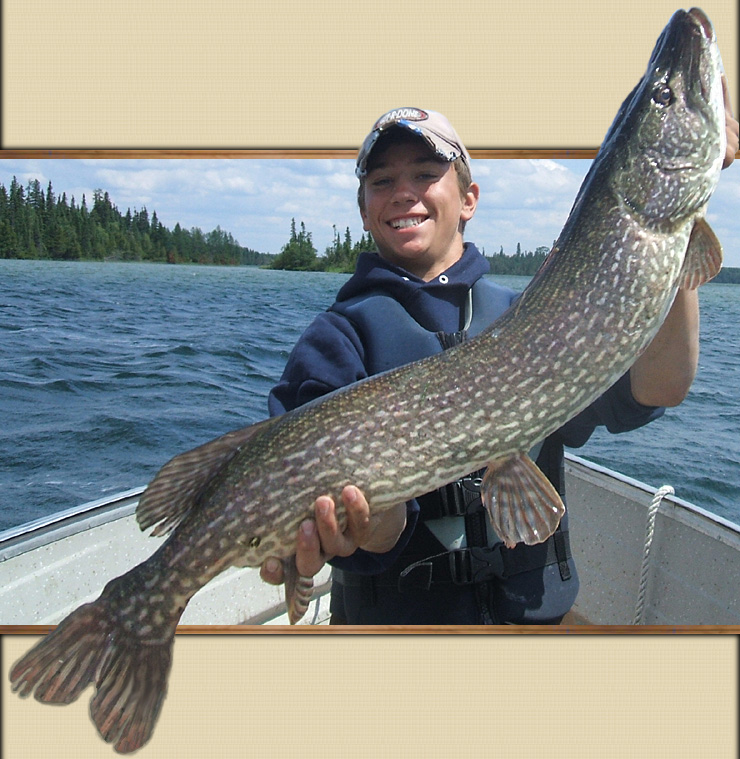 Lake Nipigon is an exciting lake to fish. You will find back bays that are non-stop action. You never know what you are going to catch. You can cast into some wild rice or lily pads and bring out a 15 incher and cast back in the same spot with the same lure and hook at 20 pounder. The population of Pike is high and they come in every size. You will also find underwater fields of cabbage weed. Walleyes and Perch like to hide in this type of vegetation and the Pike patrol the outer edge picking off fish that venture into open water. On sunny days, the big Pike will go right into the cabbage and sit on bottom waiting to ambush prey.

The big Trophy Northerns are caught more frequently in the spring between ice-out and the end of June. At this time they are concentrated at river-mouths and right along the shore because some are still guarding their spawning areas. Shallow water warms quicker in the spring and attracts baitfish. The Pike just finished a long winter and they are hungry so they position themselves into areas where they can feed ferociously. 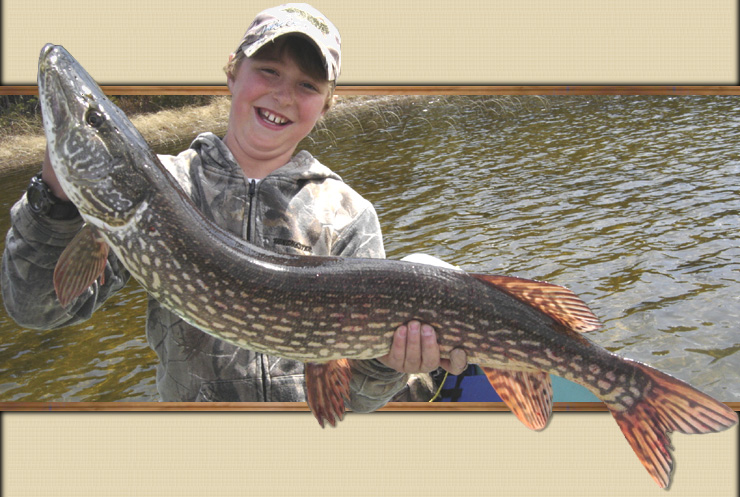 In a warm water lake, Pike generally do not live more than 10 years because of parasites and a fast metabolism. In a large cold northern lake like Lake Nipigon, Pike can live a lot longer. Northern Pike were traditionally thought to live 25 years in cold water and now scientists think they can live more than 35 years. In 1989 the Ministry of Natural Resources was netting Lake Trout for a study on Lake Nipigon and during two weeks of the study, they netted 17 Northern Pike that were over 30 pounds. It would be highly unlikely for a 25-year-old fish to reach these sizes. Some people speculate that the 20 and 25 pounders that are being caught by anglers do not compare to the monsters that could be down deep feeding on Lake Trout and Whitefish. You never know, one of our guests may catch a new world record some day. 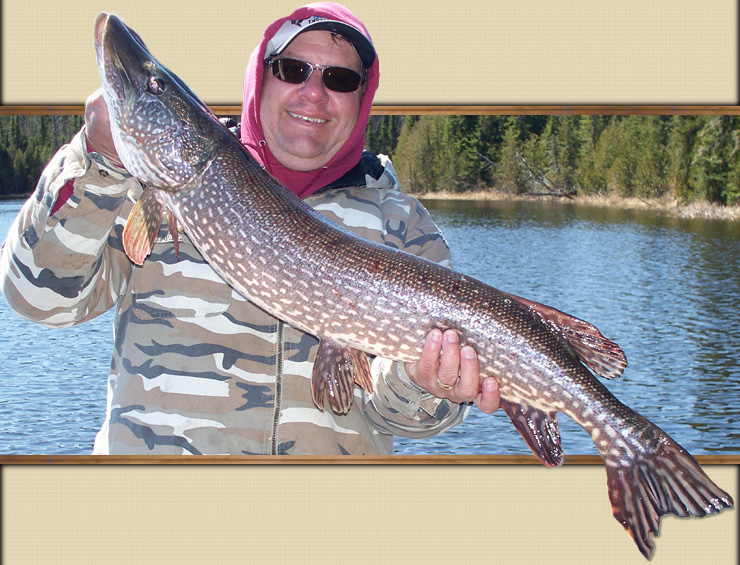 We would also like to point out that big Pike are big because they are smart. If casting a Jerkbait or Spinnerbait, you must be stealthy if you want to hook into the big ones. An electric motor or paddling towards your targeted area will increase your chances. Many of the biggest Northern Pike are caught while trolling with 150 to 200 feet of line out while dragging a Crankbait. The speed of 3.4 mph on the GPS seems to be the most productive for trophies. The reason being is the boat is a fare distance away and the fish do not get spooked. When it comes to Trophy Northern Pike fishing, stealth and patience are virtues to be appreciated.

There are no fishing camps on Lake Nipigon. Vacationing at Pasha Lake Cabins and taking day-trips to Lake Nipigon is the most advantageous plan you can make. If the weather turns bad, you can still have a productive day of fishing on the lakes surounding Pasha Lake insted of sitting in a hotel room in town waiting for the charter boat to give you the ok.