In the underworld below the snow covered ice, there is little light penetration. Anybody who’s crazy enough to dive there would notice things are extremely dark. Yet, despite this unusually brutal winter that has resulted in record breaking cold and snow accumulation, something major is getting ready to happen. That, of course, is the historic walleye migration that dates back millions, if not billions of years. What is the destination for these extraordinary game fish? The answer is simple. They are making an exodus to the same spawning grounds that have served them for eons.

Since last fall, female walleyes have been developing their eggs. Yet male walleyes, until now, haven’t thought much about the spawn. Now, both are preparing to vacate their winter haunts, for the journey that lay ahead. And, given the fact the Pasha Lake Region of Ontario is home to one of the most prolific fisheries in all of North America, you can bet that migration will be a substantial one.

Recently we here at Pasha Lake Cabins have been inundated with phone calls and emails regarding our prediction on ice out? My forecast, courtesy of my 10 year compilation of angling notes, tells me things will go ahead as usual. “Usual” means an ice out on May 10ish, followed a week later by Lake Nipigon. Given my prediction, I know there are more than a few skeptics out there. Allow me to explain.

Every year, with the exception of 2013, ice out for inland lakes and rivers has happened no later than May 15th. Even last year, inland lakes went on May 18th, although we were gaining access to rivers, running the boats over sheet ice earlier in the week. 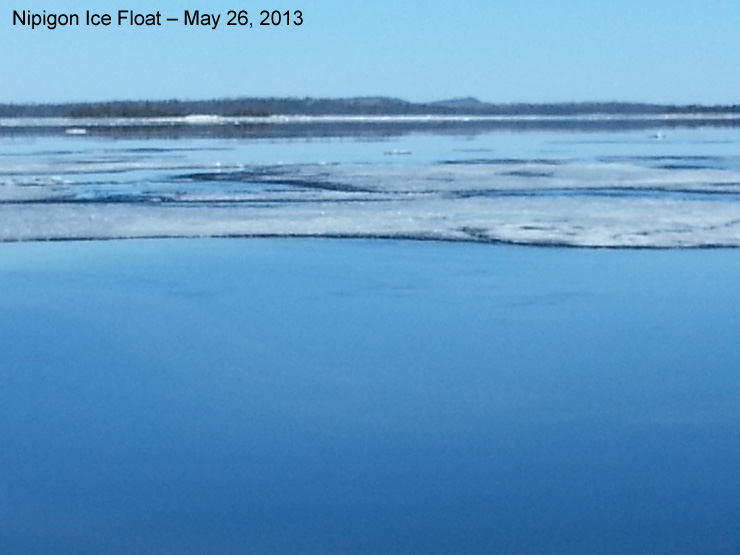 Rewind to 2012. Every year, the walleye season closes on April 15th for the spawn, a time when walleyes need protection to carry out their business. In that year, you’ll remember my video in which we fished the last 3 days of the 2012-13 season using, not our ice gear, rather we used boats. A feat that was unheard of and not likely to happen again anytime soon. To put that in perspective, today is March 25th. That means we were fishing soft water, in the Pasha Lake Region of Northwestern Ontario, roughly 16 days from now. The video showed long time fishing and hunting buddy Rob Sinning and myself crushing walleyes, perch and pike at will.

Even 2007, a year when most fly-in outpost camps where iced up, we were still fishing by the opener. That year we welcomed the fly-in guys in droves. With the quality of fishing we offer, I suspect many came to realize you don’t have to pay fly-in rates to get awesome fishing. We call them “drive to converts”, an ever growing crowd in our region.

Inconceivable to me is having another late ice out like we did in 2013. It was a crazy year, with an even crazier April which was the catalyst to last year’s lingering ice. Yet, we were on the water a few days after mid May.

Also, take into consideration the snow cover. Pasha Lake gets blasted with lake effect snow from weather originating on both Lake Superior and Lake Nipigon. It was no different this year than from years past. The crazy snow depth allows massive insulation and greatly inhibits the creation of new ice. Although it was a miserable ice fishing season, that was not because of thick ice. It was due to deep snow resulting in horrific slush. Slush is evidence the “insulation effect” is taking place. This will cause the ice conditions to deteriorate rapidly once we finally establish average temperatures consistent with the upcoming April. The key here is getting to “average” in April. When that happens, it will be all systems go. 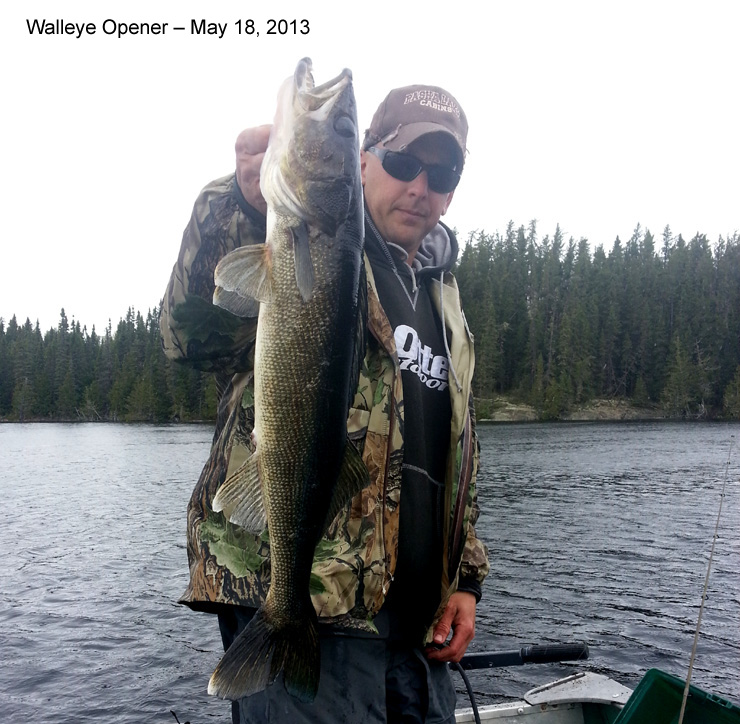 To further drive my point home, let me add that I am an angler by design. It’s in my DNA. This means my optimism is sometimes unshakeable. In my heart and in my head, I won’t accept the possibility that we will have a late ice out two years in a row. It just simply won’t happen. The itch is long overdue. I can feel the exhilaration of being on the water, wind blowing through my hair (ok… maybe across my face since I’m bald), and the thump, thump of a fierce fighting marble eye on the end of my line. I, like most, have had enough of this cruel winter and my enthusiasm to get to the open water fishing season won’t be curbed by a lingering winter. April will be our saving Grace!

So let’s make it official… write it down, mark it on your calendar and check back often. The 2014 ice out in the Pasha Lake Region of Ontario (for inland lakes) will be May 10th. Bold statement, but mark my words!